It's been really fun reading about other smolpub-user's bicycle experiences:

I need to ride my bike more often by Degrowther

When I was 22 or so and had just moved back to New York City and was flush with what felt like a LOT of money from my first real job (it was NOT a lot of money) I went to a bike store in Harlem to buy a bike. This particular store, which I believe has closed since, carried Kona bicycles, and one in particular caught my eye, because it was extremely ridiculous. 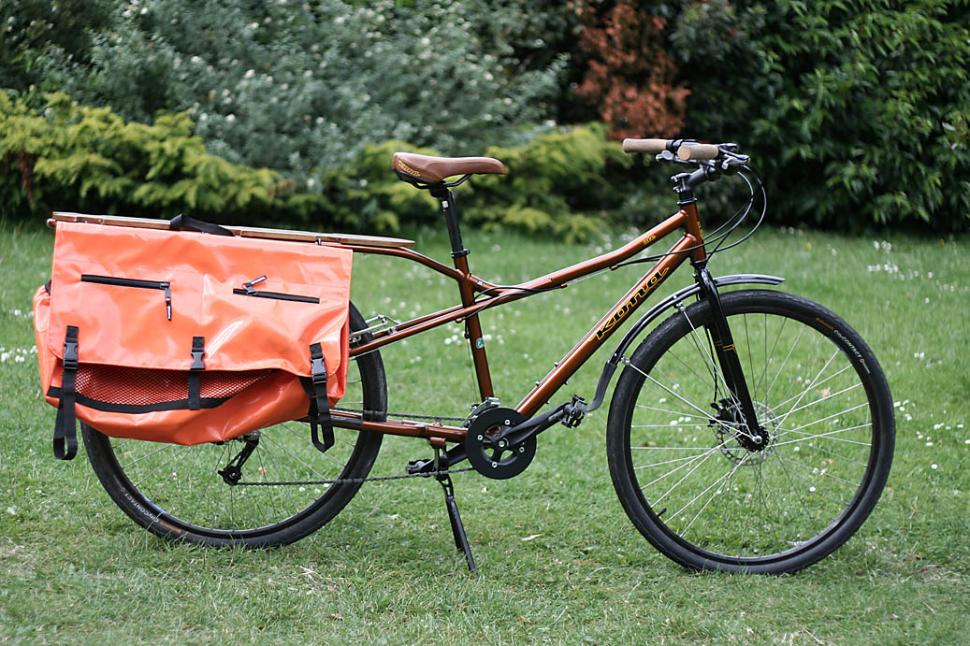 With a long tail, wooden board and big orange bag slung on the side, the Ute looked honestly absurd. But I LOVE absurd things, and the reason I gave myself for getting this particular absurdity is that I hate cycling while wearing a backpack. It was surprisingly easy to ride, you could fit a lot in the enormous pannier, and I guess on some level I imagined myself one day riding it with a kid on the back.

I say that I love absurdity, but I also have a lot of Midwestern shame about this proclivity - it's very hard for me to feel good about doing something weird unless I can convince myself that there's a concrete reason why I'm doing it. This is a battle I'm always kind of fighting in myself, and the Ute has been a big part of it.

Because, thirteen years later, I'm very glad I got it. There have been stretches of time when I haven't been riding it regularly but other times when it was my primary means of transportation - it's hard to remember now but before having kids I would regularly get up and go to yoga three days a week and then bike into Manhattan for work. Even after kids I used it regularly for commuting.

Unfortunately, we got priced out of our old neighborhood and moved deeper into Brooklyn and it's been harder to commute into Manhattan on bike. Previously cycling took maybe ten minutes longer than the train did; now it's probably more like twenty to thirty more. It's not a ton but when my work ends later than most already, and can go later still with little advance warning, and getting home late means my wife has to get both kids fed and to bed without me, it's hard making that judgement at 7 in the morning.

Or at least, it was! Because then lockdown happened and I stopped going into the office. My poor bike, which had sat in the bike room of our apartment building for a solid year, got dug back out and spiffed up. I installed a new kit from a website I stumbled across - putting a new plastic deck on as well as "monkey bars," a cover for the sides and a seat pad. In the mornings I started putting Eee on the back and taking rides around Prospect Park, and when the playgrounds opened back up the bike meant I could run out with her for an hour or so to any playground around and if any work suddenly popped up that I couldn't deal with from my phone I could be home in twenty minutes.

Now that Eee is in pre-k I take her to school on the back of the bike every morning. Unfortunately it's up a very big hill, so I will be pushing away trying to make it up the hill while from behind me a tiny voice warns me that someone in a car is "gaining on us." But she lets me put on whatever music I want, which is not usual, and we have a lot of fun. On the weekends we bike to her soccer class, and afterwards can bike to the library or to the bakery or wherever. When I bought the bike I don't think I even wanted kids, but somehow I knew it would work well.

As for the actual experience on the bike - it's heavy, but probably not as heavy as it looks, and it's pretty well balanced. I want to install a seat for Add as well, but it might be too heavy for me to actually move on it. When my office opens back up I'm going to try to ride in at least once a week - it is really pleasant and also makes me feel like a citizen of New York more than anything else. I can move through so many totally different neighborhoods and see so much stuff that I can't get a sense of when I'm just head down on the subway.

I'm not sure that I've won my internal war for weirdness and novelty - but whenever I feel silly for getting a Pocket C.H.I.P. or installing Linux I can remember a much more expensive investment that did work out very well for me in the end.